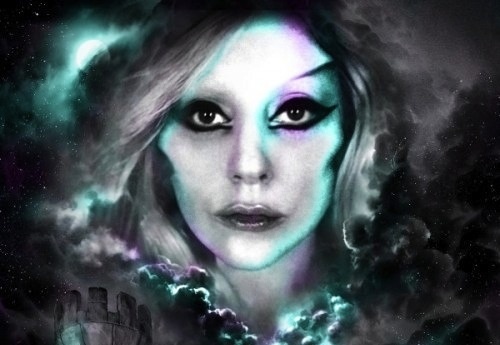 Global pop star Lady Gaga’s “Born This Way Ball” world tour kicked off at the Olympic Stadium in Seoul on April 27, to an estimated audience of 45,000 fans, including celebrities from the Korean entertainment industry.

2AM leader Jo Kwon was among the Little Monsters present, snapping a photo of himself in the concert hall sporting a Lady Gaga “Born This Way” t-shirt. Rainbow also came out to watch the pop star in action, with the girl group’s Ji Sook tweeting about it.

MBC “Infinity Challenge” PD Kim Tae Ho, meanwhile, took a proof shot of the “18 Above” bracelet given to the audience. Lady Gaga’s concert was rated for adults only, which required the concert-goers to show IDs. Bang Shi Hyuk of MBC’s “Star Audition – Birth of a Star 2” also stopped by the show.

Lady Gaga rose to fame with her debut album, “The Fame” released in 2008. The album climbed the world-renowned Billboard Charts. Her “Born This Way Ball” is her second performance in Korea, following her August 2009 at the same venue. Fans have anticipated this stop after more than two years since Lady Gaga’s last visit.