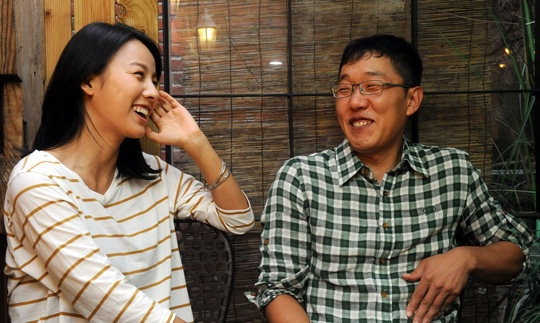 Lee Hyori said, “Jae Dong and I get along really well and he’s so close to my ideal guy. But, his appearance just does not measure up. When I meet guys, I think about what it would be like to kiss the person. With Jae Dong, I couldn’t do it. I can’t and don’t want to imagine it.”

Regarding this comment she made, Lee Hyori apologized to Kim Jae Dong. However, her co-host Jung Jae Hyung didn’t think that was necessary. He made the entire audience as well as Lee Hyori and Kim Jae Dong burst out into laughter by nonchalantly commenting, “What’s the need? It’s not like you said something that’s not already there.” Also in this episode of SBS “You & I,” Kim Jae Dong played the guitar and sang Kim Kwang Suk‘s “Painful Love Isn’t Love.”