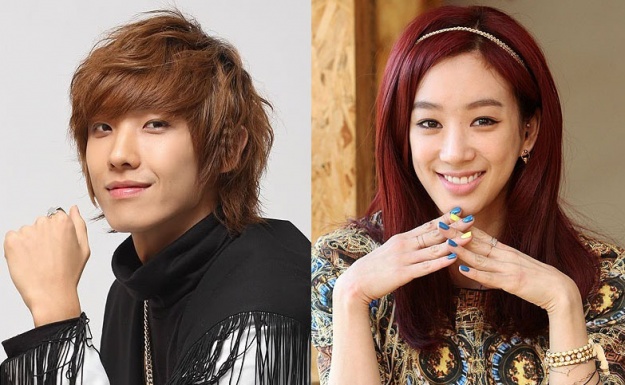 On the latest episode of SBS “Strong Heart,” Lee Joon revealed, “There was a time when [Jung] Ryeo Won started contacting me.”

Back then, Jung Ryeo Won was in search for someone to make a cameo appearance as her character’s boyfriend in her latest drama, “History of the Salaryman.” After watching Lee Joon’s acting in “Ninja Assassin,” she decided to call him up on the offer.

When Jung first called Joon, he thought that it was a prank call. When Jung revealed who she was, Lee Joon blurted, “Are you crazy?” without him knowing it.

However, when Lee Joon learned about Jung’s real purpose in calling him, he agreed to take on the role in the drama. He saw that Jung Ryeo Won had a hard time cursing in the drama, essential for her character’s role, and even “gave her lessons on cursing.”

When asked what kinds of cursing he taught Jung, Joon confessed that he often pulled jokes on her, and even showed the audience some tricks he played causing the whole room to burst into laughter.