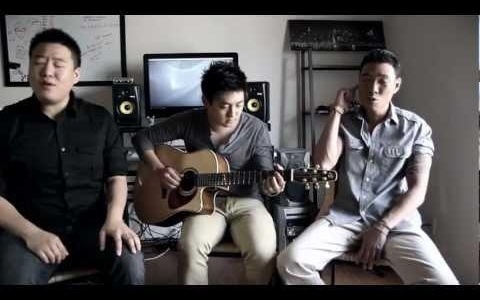 Paul Kim teamed up with David So to make an acoustic cover of Big Bang’s Taeyang’s “I Need A Girl”. David So is mainly known for his hilarious comedy sketches on the internet. However, his voice and way of singing can actually make you believe that he is a professional singer. Paul Kim is known as a strong vocalist who has made many covers of popular hit singles like Adele’s “He Won’t Go” and Katy Perry’s “The One That Got Away”.

Their acoustic cover of Taeyang’s “I Need A Girl” is a pleasure to the ears. While they rhythmically switch back and forth, their smooth voices fluently intertwine with the guitar. Fans of the original single will also definitely enjoy this beautiful cover.

More of Paul Kim’s covers can be found at: http://www.paulkimmusic.com/

What do you Soompiers think?

Taeyang’s original “I Need A Girl”

Taeyang
David So
How does this article make you feel?