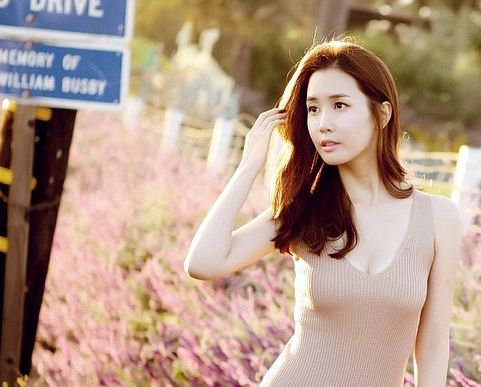 Earlier today, Lee Da Hae tweeted two new photos with co-star Joeseph Cheng (aka Zheng Yuan Chang) from the set of her Chinese drama “Love Recipe.” She wrote, “I’m not short, but I feel small next to Yuan Chang oppa.” In the photos, the two displayed their close relationship, looking very much like a couple. According to her official profile, Lee Da Hae is listed as 170 cm (5ft 7in) tall, which is considered tall for Korean females. However, next to Joseph Cheng, who’s listed as 188 cm (6ft 2in), the actress appeared tiny.

Meanwhile, Lee Dae Hae has been in China since early March for her latest drama “Love Recipe.” She recently made headlines for becoming the first Korean actress to speak Chinese in a Chinese drama. “Love Recipe” is currently shooting for an August premiere.