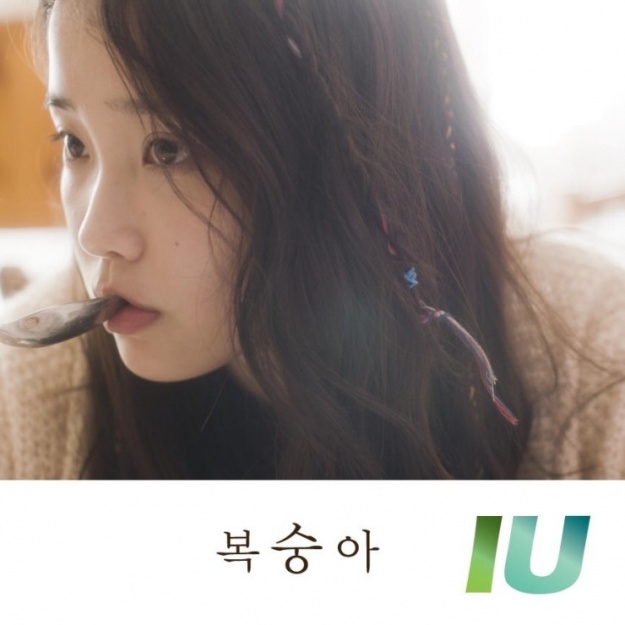 IU‘s melting the hearts of uncle fans’ hearts with the new single “Peach.” Prior to the official release of a new single album “The Spring of Twenty,” IU released “Peach” online on May 4. As soon as the song was release, it topped all online music charts.

“Peach” portrays smitten young love with acoustic sounds and simple lyrics. The song sings about a young girl’s fluttered heart, which makes it harder to even look at the person she loves so much. IU’s quiet and yet determined voice, along with the calming melody, makes it sound as if she is really trying to confess her love through this song. IU played the recorder and triangle in this song, adding girly sensitivity to the song.

The word “Peach” is IU’s favorite word, as well as her favorite fruit. She explained that she wants to be called “Peach” by someone she loves, because she thinks the word gives a feel-good vibe in one’s through when pronounced. Producer Cho Young Chul jokingly commented on IU’s love-filled attachment to the song and the word, “Is IU in love or something?” when he revealed the music video teaser on May 3.

The song “Peach” is not only getting continuous praises from her uncle fans, but also from the general music fans and critics. Fans commented, “IU’s driving me crazy,” “The acoustic sound with IU’s voice, the best it can get!” and “She’s transformed into a singer-songwriter.”

Although IU released a new song in six months, she will not be making any TV appearances. Instead, she is solely focusing on her upcoming concert tour. In June, IU will begin her first concert tour “Real Fantasy” in six cities, starting on June 2 in Seoul.

IU
Peach
Spring for a 20 Year Old
How does this article make you feel?