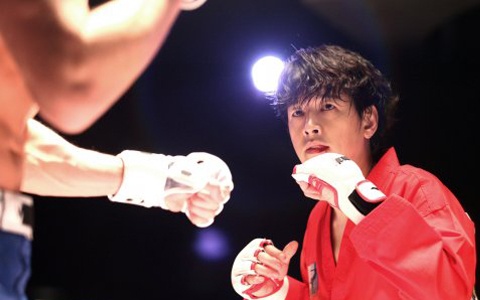 If Romeo and Juliet married, would they have lived happily ever after? Channel A’s new Monday and Tuesday night drama, “Goodbye Dear Wife,” is set to air its first episode on May 7 at 8:40pm. The drama is a romantic comedy that follows the life of a married couple who faces some serious temptations when their respective first loves appear back in their lives. The story revolves around the difficulties of life after marriage.

The story begins with Cha Seung Hyuk, played by Ryu Shi Won, who is a professional martial arts fighter. On the day of his big match, there are many reporters waiting to interview him, but the character’s heart and mind are elsewhere. His mind is occupied because on that day, the person he loves, Kang Sun Ah, played by actress Hong Soo Hyun, is becoming a nun. Seung Hyuk quickly finishes his match and races to stop Sun Ah from making her life-changing decision. He rushes and whisks her away and romantically kisses her in front of many curious reporters.

Although they had fought so ardently for their love story to begin, after three years of marriage, the couple has fallen into marriage mediocrity. When Seung Hyuk becomes re-connected with his first love, played by singer-actress Park Jiyoon, he says goodbye to his wife, and hopes to experience love again with Park Jiyoon’s character. Hong Soo Hyun’s character also starts to re-kindle a relationship with her first love, bringing confusion into her life and marriage.

Check out the MV/preview below: