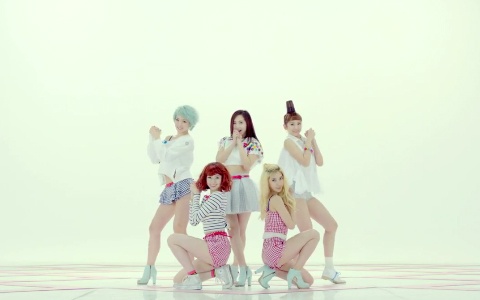 Coming from the same company as Son Dam Bi, After School and NU’EST, the members of this six member group are Yooara, Alice, Lime, Yooyoung, Yoonjo, and Nara. Yoonjo was injured before the filming of the music video, so she will only be seen in parts without choreography.

Their team name is supposed to have the duel meaning of a friendly “hello” and the mystical “Venus.” Their leader Alice was born in 1990 while Yoo Young, the youngest member of the group, was born in 1995.

What did you think of their debut song?

Pledis Entertainment
Hello Venus
How does this article make you feel?