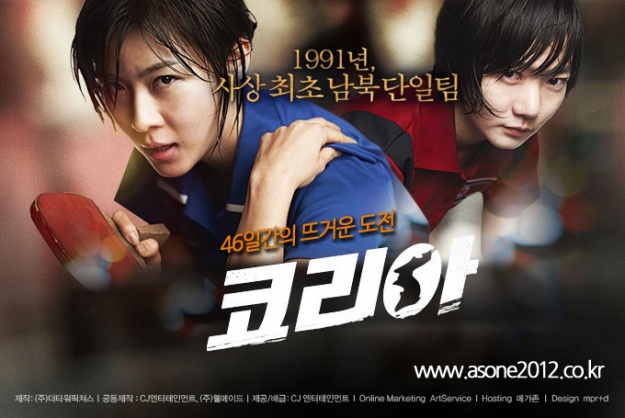 The film “Korea” has reached 650,000 viewers in just a mere five days after its opening.

According to the Korean box office, around 58,000 viewers went to watch “Korea” on May 7. With the total number of around 650,000 viewers, “Korea” is currently holding the number two spot at the box office. Reaching that many people in just five days clearly states that “Korea” is enjoying immense success.

“Korea” is based on a true story about the first time a North Korean and a South Korean athletic joined together to form a team to play and win during the 1991 World Championships. The film stars actresses Ha Ji Won and Bae Doo Na.

Meanwhile, “Avengers” took the number one spot with over 4 million viewers so far and “Eun Gyo” in third place with a total of about 1 million viewers.