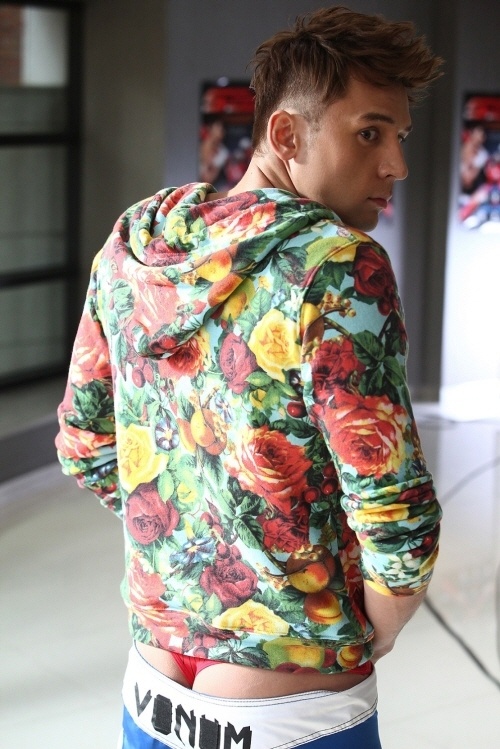 Julien Kang appeared on an episode of the new Channel A drama, “Goodbye Dear Wife” on May 7 and showed an experienced and comical set of acting skills.

During the episode, Kang Koo Ro (played by Julien Kang) steals a pair of lucky underwear given to Cha Seung Hyuk (played by Ryu Si Won) by the woman he loves, Kang Sun Ah (played by Hong Soo Hyun). After stealing the thong, Kang Koo Ro proceeds to wear it around.

Cha Seung Hyuk suspected Kang Koo Ro to be the thief and without him knowing, he pulled down Kang Koo Ro’s pants to expose his bottomside.

Netizens exploded with reactions over the red thong and Julien Kang’s exposed butt. Netizens stated, “What a nice, toned butt,” “I’ve never seen such a peach-shaped butt like that before,” “Cute and sexy, Julien Kang is the killer of butts,” and “I can’t wait for more of Julien Kang in ‘Goodbye Dear Wife.’ Must watch in real time!”