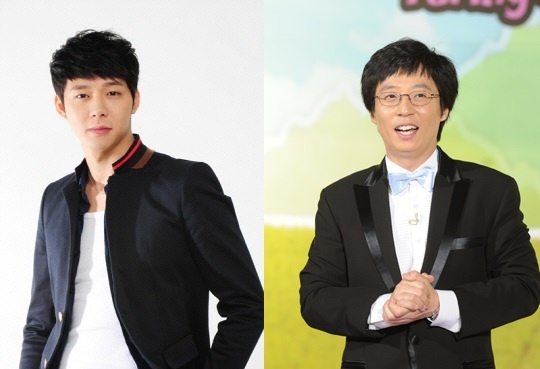 Recently, an interesting photo of JYJ Yoochun’s past surfaced on online community boards. In the four set of photos, posted under the title “Park Yoochun, when he looked like Yoo Jae Suk,” the star idol singer/actor looks to be in his mid-teens, showing a mischievous yet adorable look.

Unlike his current style, Yoochun in the photos has slightly bleached hair and tanned skin. But with his long hair and glasses on, Korean netizens have been claiming that Yoochun’s looks evokes images of the popular comedian/MC Yoo Jae Suk.

Netizens that came across the photos commented, “Hul, I can’t believe Yoochun used look like this,” “He has that typical Korean-American look,” and “Mickey looks exactly like the old Yoo Jae Suk.”

Yoochun has been starring as Lee Gak in the SBS drama “Rooftop Prince.” The TV ratings haven’t been too good, but it’s still managed to hit double digit ratings due to the cast’s star power.