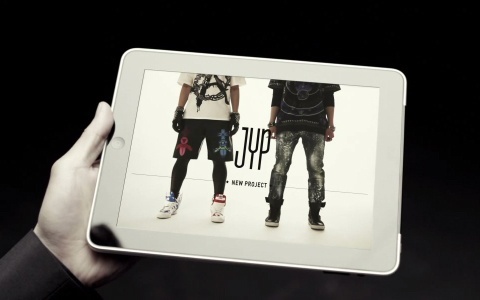 A second teaser for “JJ Project” was released today on their official YouTube channel JJprojectOfficial. In this one, we see JYP open a package that has a tablet inside the words “JYP New Project” are then seen along with two people.

Fans have already guessed that this will be the music debut of JB and JR from Dream High 2. As seen in the teaser, JJ Project’s 1st single debut album will be released on May 20.

Earlier this week they released a mysterious slot machine teaser. In addition to creating an official site, they have also shared the group’s offficail Facebook and Twitter pages.

JYP
JJ Project
How does this article make you feel?