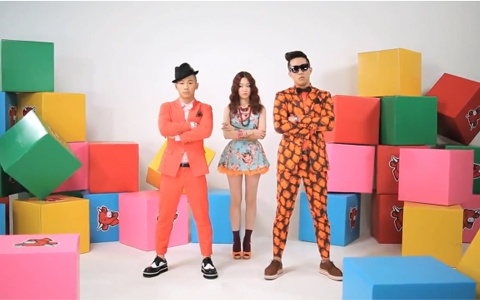 This is the hip hop duo’s third collaboration song with Soya, following “Tok Tok” and “Lalala (Fiesta)” of last year. They gained a lot of popularity with those songs as the duo’s energetic rapping blends very well with Soya’s vocals. The song is about a “bad boy” that steals the heart of a girl.

Their single, also titled “Bad Boy” was released today, May 10, in Korea. It has been a while since they released their last mini album “Super Hero” in September of 2011.

Mighty Mouth
Soya
How does this article make you feel?