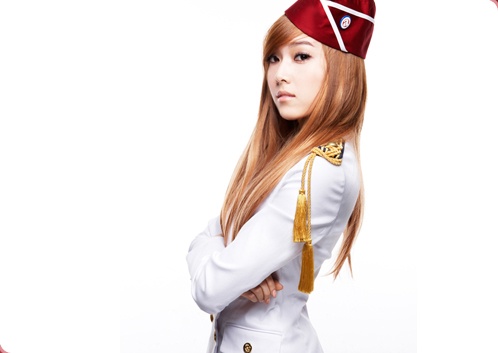 Jessica confessed about her stage fright!

Jessica, Taeyeon, Tiffany, and YoonA joined KBS 2TV “Happy Together” for a “Girls’ Generation vs. Gag Generation” special. On the show, Jessica talked about her having stage fright. She started off by saying, “I still have stage fright.”

The members Tiffany and Taeyeon also talked about being nervous. Tiffany stated, “When we had a comeback performance for ‘TaeTiSeo,’ my hand and knees were shaking. The moment we got off the stage, Taeyeon’s hand that was holding her microphone was shaking.”

Taeyeon stated, “Although it has been 5 years since we have performed as the Girls’ Generation, we still get nervous.”

The episode will broadcast on May 10.

Girls' Generation
Jessica
How does this article make you feel?