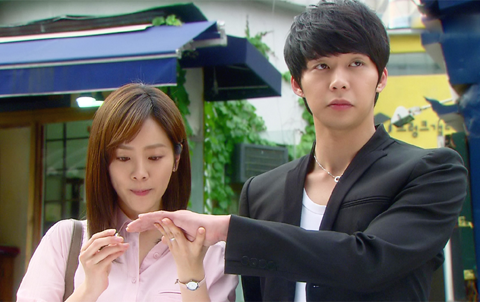 The mistake was none other than a script sighting. Viewers spotted the script for the fifteenth episode poking out of the door of Jung Suk Won’s car. It’s no secret that actors keep their scripts close by when they shoot, and they hide them anywhere they can stash them – ie. in their bags, under the blanket, in the drawers, and more.

Netizens commented, “Jung Suk Won! You’ve been peeking!” “Aww, he has a post-it stuck to his script,” “How does anyone find such trivial things,” and more.

Meanwhile, “Rooftop Prince” recorded 11.6% (AGB Nielsen) for yesterday night’s episode. It will air the sixteenth episode tonight, May 10, at 9:55PM KST. Check out the preview with English subs here!