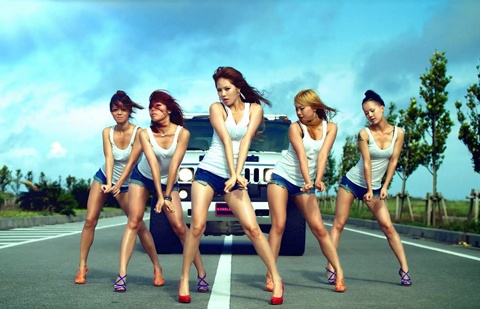 Earlier today, a post titled “Chinese Singer Copies HyunA’s ‘Bubble Pop,’” has attracted netizens attention. The post compared both artists’ music videos and found them to be extremely similar in style and concept.

A new Chinese girl group called Zia Tan Bao Bei recently released a music video of its new song “No No No.” However, many netizens were quick to realize how similar it was to 4minute’s HyunA’s trendy and sexy music video for her solo track “Bubble Pop.” Everything from the graphics to the outfits to the choreography to the setting appeared to resemble HyunA’s. The only distinguishable difference was that the Chinese version replaced the Hummer with a helicopter.

Netizens commented, “Wow, it’s almost identical,” “100% plagiarism indeed,” “HyunA is so much prettier than this Chinese copycat,” and more.

Check out the screenshots and the music videos below and tell us what you think of the two. Do you agree with K-netizens?