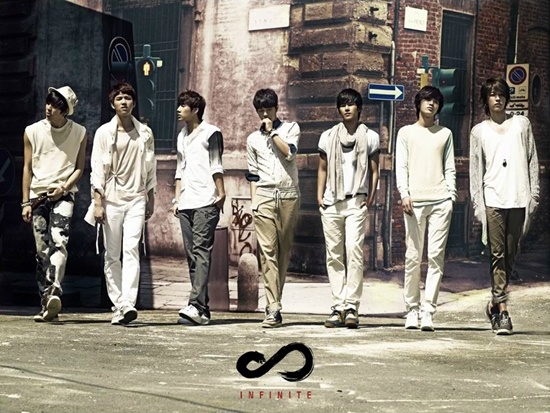 Infinite fans have only one day more to wait until the comeback! Infinte gave a special treat by providing album previews for their new album today! On May 14, their official website revealed about 20 seconds for the 7 different singles on “INFINITIZE.”

(Check It Out for Yourself Here)

Here is the track list: “INFINITIZE,” the title song “The Chaser,” “Feel So Bad,” the hidden track of the first and repackage album “That Year’s Summer,” “Only Tears,” “I Like You,” and “With…”

Infinite’s agency stated, “Recently we thought that the tendency for idol groups was too focused on singles. That is why we opened up the complete album as a preview so that people had the opportunity to evaluate Infinite’s music for themselves. We are confident enough with the music to say that each song is a title song.”

After releasing the new album “INFINITIZE” on May 15, they will go on their oneday nonstop showcase that will go through Gwangju, Busan, Daegu, Daejeon, and Seoul.

INFINITE
INFINITIZE
How does this article make you feel?