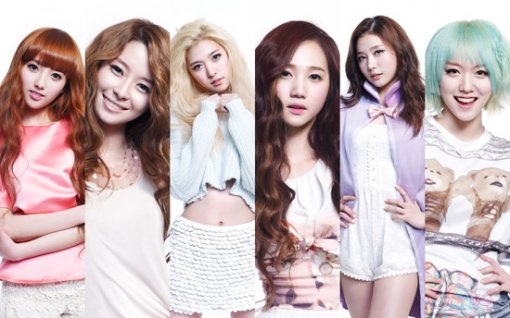 Rookie girl group Hello Venus released their first album “VENUS” on May 9 and made their official on-air debut during this past weekend. They instantly grabbed many viewers and music fans attention with their refreshing, lively charms and made a long lasting impression. As a result, Hello Venus has been one of the most searched keyword all throughout the weekend on several major portal websites.

Such instant popularity of Hello Venus is not surprising. The music video of Hello Venus’s debut single “VENUS” has had more than 500,000 views. Prior to their official debut, Hello Venus released two versions of teaser videos on Youtube and both of them reached 200,000 views almost instantly.

Moreover, the official fan cafe of Hello Venus at portal website DAUM experienced 200% increase in its membership since the group’s debut. The group also already has a handful of uncle fans who cheer for them at the filming sets of music programs, surprising many music industry officials.

Hello Venus commented, “We still cannot believe that we made our official debut. We are very thankful to have all these people cheer for us rookies. We will try out best to present better performances.”

VENUS
Hello Venus
How does this article make you feel?