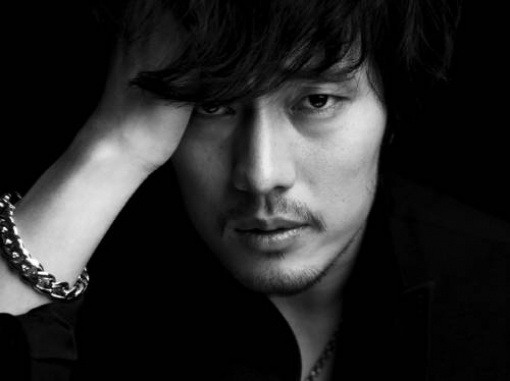 So Ji Sub Is the King of Monitoring Himself

Recently, upcoming SBS drama “Ghost” revealed several snapshots of So Ji Sub from its filming sets. So Ji Sub is playing the role of detective Kim Woo Hyun of National Security Cyber Investigation Unit. In the revealed pictures, So Ji Sub is standing closely to a little screen, monitoring his own acting.

Due to the fast-paced nature of drama filming, actors and actresses seldom have time to watch their own acting on the sets. However, So Ji Sub is willingly sparing his breaks to watch scenes he had just filmed. Such professionalism comes from his long standing acting career.

During the filming of “Ghost” at a subway station on May 4, So Ji Sub’s “monitoring instincts” came out once again. The filming was held at Digital Media City station of Gyengui line, where the interval between trains is longer than usual, about 10 to 20 minutes long. During these intervals, So Ji Sub was in front of the monitor going through his scenes over and over again.

So Ji Sub is known for monitoring himself during filming. In the photo essay book documenting So Ji Sub’s journey throughout filming the movie “Only You,” many pictures show So Ji Sub standing by a camera or a monitor to check his filmed scenes. Such obsessive monitoring of his own acting allowed So Ji Sub to appeal to the public as a reliable, trustworthy actor and drew more audience to his films and TV dramas.

So Ji Sub is coming back to the small screen with “Ghost” in two years. “Ghost” portrays the life of Cyber Investigation Unit’s agents as they reveal secrets of human beings hidden in high-tech machineries and the cyber world. The show will air in late May after “Rooftop Prince.”

Cain and Abel
Ghost
Only You
So Ji Sub
How does this article make you feel?