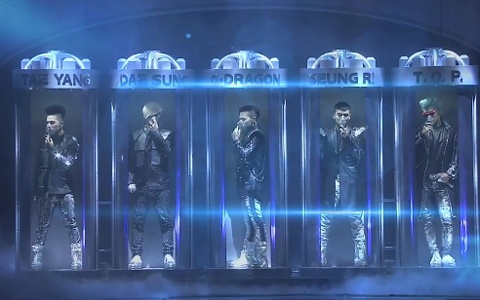 Big Bang has released a video teaser for their ALIVE TOUR 2012 today on their official YouTube channel.

While they have announced that they will be performing in 25 cities in 16 different countries, they have not announced exact dates or locations, aside from their concerts in Korea and Japan.

According to this post of their schedule on their Facebook page, in addition to many other concerts in Asian countries, there are also spaces left blank for a concerts in ‘North & South America’ and ‘Europe & More Countries,’ making it a true world tour. More information on the tour will be released soon.

They previously completed their Korean concerts in March. For the rest of May and June, they will be performing in various cities around Japan.

Working with Live Nation, a live entertainment company, their shows are expected to be an extraordinary spectacle in terms of production size and creative direction.

Recently, they released a music video “Never Stop Dreaming” CF for The North Face. Also, be sure to check out our upcoming special Big Bang Fan Package at our Soompi Shop.