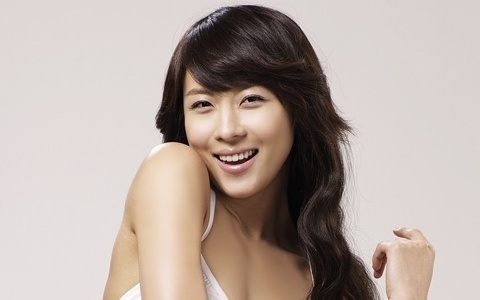 Actress Ha Ji Won uploaded a picture of herself holding up a caricature drawing that she received from a fan.

On May 13, she uploaded this photo on her Twitter, along with a caption that read, “I am currently promoting my movie ‘Korea.’ Because many fans are cheering me on, I’m full of energy today hehe. Please watch ‘Korea’ this weekend, and fighting! (A term used for encouragement). I love you all. Currently in the van.”

In the picture, Ha Ji Won is smiling with a “V” sign with her face next to the drawing. The artist wrote in “Hyun Jung Hwa,” which is the name of the character that Ha Ji Won plays, along with her real name underneath.

Netizens who saw the picture commented, “She looks like a character from a manga book!” “They do look a little alike” and “I can feel the dedication this fan put into the drawing.”

“Korea,” which is based on the true story of the first South and North Korean tennis team at the World Ping Pong Championship, has already attracted over 1,200,000 viewers, even in the midst of the Hollywood blockbuster “The Avengers.”

Ha Ji Won
twitter
Korea the movie
The Avengers
How does this article make you feel?