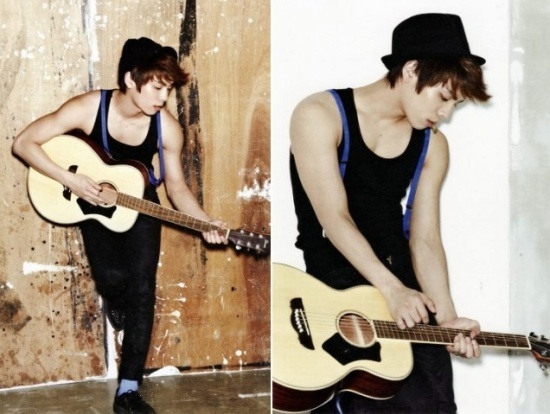 SHINee’s Jonghyun Shows Off His Charms in Recent Photo

Recently, SHINee’s Jonghyun showed off his charms through four images. On May 14, along with a photo, he wrote on his twitter, “Let’s go! Korea! I’m sleepy.”

In the picture, it shows Jonghyun in an airplane with his eyebrows very slightly wrinkled up. The image of him with his mouth tightly shut and his fingers placed on his head is drawing attention. He is showing an image that is charismatic and cute at the same time. Fans were extremely happy to see the four images that showed different charms in each.

Netizens who saw the four images commented, “You look tired. I hope you are sleeping now,” “Hurry back to Korea!” “I like. I like,” “You look better smiling,” and “SHINee, I miss you.”

SHINee
Jonghyun
How does this article make you feel?