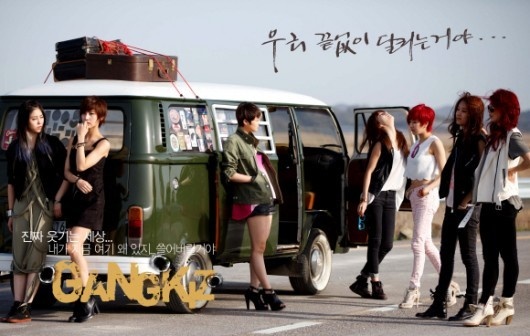 Core Contents Media’s new girl group, Gang Kiz, released the first part of their debut music video for “Honey Honey.” The seven minute 15 second MV follows an intense storyline for an epic, movie-like film. All seven members of Gang Kiz appear in this music video, which was filmed in Europe over eight days.

Kim Kwang Soo, the head of Core Contents Media, who also produced Gang Kiz’s debut album, said that the group’s music video will be larger-scale than his previous MVs by other groups, such as Jo Sung Mo, SG Wannabe, and T-ara.

Gang Kiz will make their debut performance on May 18 through KBS “Music Bank.” Their debut single, “Honey Honey,” and their album, “We Became Gang,” will be out on May 16.

Enjoy Part 1 of “Honey Honey” below!

Core Contents Media
T-ara
Gangkiz
How does this article make you feel?