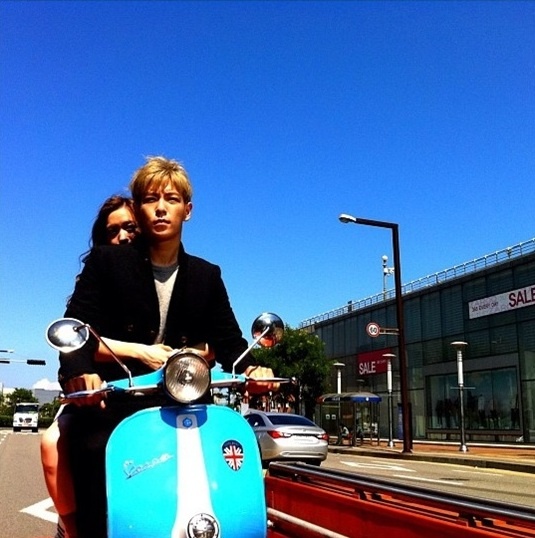 Old photos of Big Bang’s T.O.P from Gummy’s Japanese debut MV have resurfaced online after the director of the film tweeted it out.

On May 15, director Lee Jae Han, who produced Gummy’s “I’m Sorry” MV, tweeted a couple of T.O.P photos with the messages, “T.O.P who appeared on Gummy’s Japanese debut music video” and “In Tokyo, with T.O.P.”

The first photo was taken during the filming of Gummy’s Japanese MV for “I’m Sorry,” which featured T.O.P’s rapping. The second photo shows the star rapper sitting next to the director, who also produced T.O.P’s debut film, “Into the Fire.”

Netizens commented, “When can we see T.O.P and Lee Jae Han’s next masterpiece?” “I miss T.O.P’s rapping,” and “He looks so HOT!”

If you haven’t seen the full movie, make sure you check out the short movie version of the “I’m Sorry” MV below!