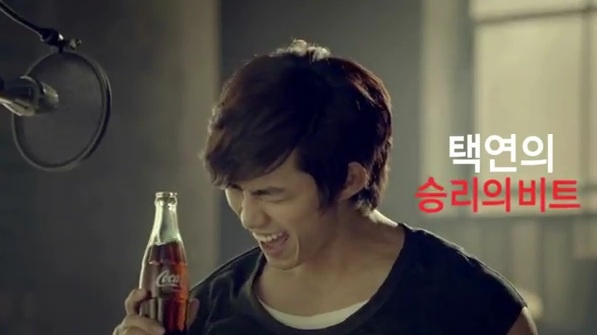 On May 15, 2PM and Coca Cola released the teaser video to their “Share the Beat” campaign. The 40-second video shows each of the 2PM members create their own “Victory Beat” using zippers and coke bottles, to boxing punches and break dance moves.

The “Share the Beat” campaign is a special event organized to commemorate the 2012 London Olympics. It promotional campaign will later ask its users to submit their own “Victory Beat,” once the full campaign goes into effect on May 16.

We personally liked Taecyeon’s boxing+drinking beats the most, but Chansung’s zipper and Junho’s break dance beats were equally impressive.

Which “Victory Beat” do you like the most? Watch the clip below and decide for yourself!