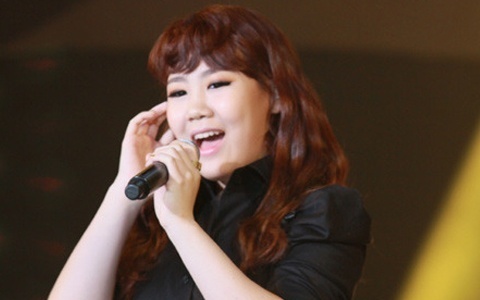 Park Jimin Is Stressed About Dieting

On the May 15 episode of SBS’ “Strong Heart,” Park Jimin spoke about her new-found stress.

On this episode, Park Ji Min commented about her stresses. “I like my freedom and I have a personality that doesn’t get stressed out so easily. But while on ‘K-Pop Star,’ I realized some of my flaws and I started to get stressed out.” She confessed that the number one thing that stresses her out is dieting.

She revealed that while she initially was not aware of her appearance on TV, upon seeing herself on TV, she realized that she looked much chubbier onscreen.

Park Ji Min also confessed, “2NE1’s Park Bom and other celebrities that I met were all in shape. Being a singer not only encompasses singing, but also means that you have to take care of your body. So I started to diet but I didn’t have enough strength to hit the high notes.”

Baek Ayeon said of Park Jimin, “She received so much stress. During singing practice, Lee Hai and Park Jimin made the ‘Chocolate Cookie Song.’ That’s how much they were stressed out!”

A clip of the two singers performing their “Chocolate Cookie Song” was shown. In the video, Lee Hai and Park Jimin are holding a chocolate chip cookie in their hands and singing. They eventually devour the cookie. Park Jimin and Lee Hai smiled shyly at the video of themselves.

Check out the performance on Strong Heart Below: