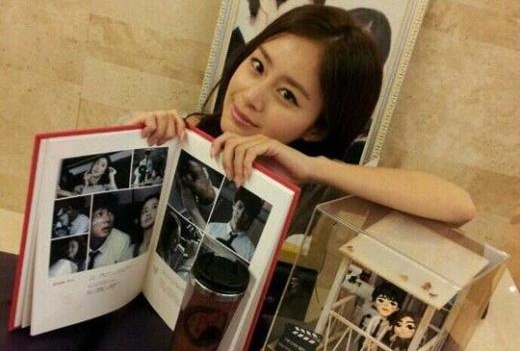 Recently a picture showing Kim Tae Hee and how she is doing in Japan was revealed. With the Japanese filming pictures that were revealed on May 16 were also pictures of Kim Tae Hee finished with her filming for “99 Days with a Star.”

Kim Tae Hee is shown, displaying the different gifts that she received from fans. Fans made a photo album for her and also figurines!

The other pictures showed Kim Tae Hee during filming for a commercial. She is smiling in a white dress and showing off her goddess-like charms.

Currently Kim Tae Hee is taking a short break after finishing “99 Days with a Star.” She is currently deciding what her next project will be. She is going back and forth between South Korea and Japan, planning on what she will do next.