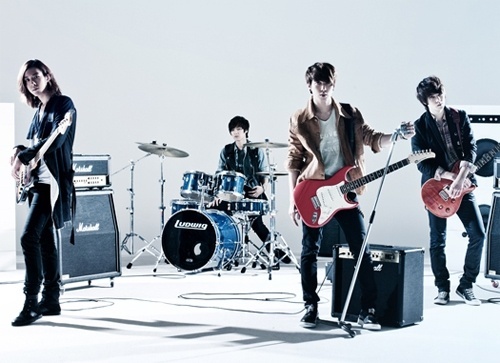 Four-man band CNBlue is not only making waves in the music scene abroad but has spread their influence on educational material. Local news agencies picked up on a photo circulating in the Internet of vocalists and guitarists Jung Yong Hwa and Lee Jong Hyun, drummer Kang Min Hyuk and bassist Lee Jung Shin in a Thai textbook.

The pictures of CNBlue in Thai textbooks caught the attention of netizens and spread through online communities. In the pictures, CNBlue members posed with their respective instruments. Their tall stature and fine features have drawn cheers from fans.

The textbook’s introduction to the photographs reads “CNBlue is a popular band in Korea. They are very charismatic and are very eager to share live music to the public,”in Thai.

Netizens who saw the photo reacted with “Great,” “Marvelous,” “Creating a trend,” “Proud of you,” “CNBlue fighting,” and other such enthusiastic reactions.

CNBlue members are currently busy with individual projects as their promotions for their latest release, the third mini-album “Ear Fun” has just concluded.

ear fun
How does this article make you feel?