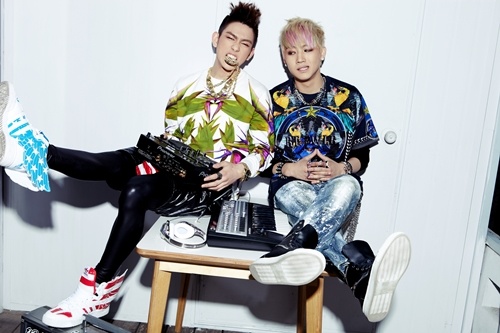 Official images of the two main members of JJ Project were released on May 16. The pictures show the two members, JB and Jr., in fun and lively poses. In the teaser photos, the members wore colorful pop-art, punk and hip hop style outfits and posed with playful expressions. JB and Jr. were cast in KBS 2TV’s drama, “Dream High 2,” and garnered positive attention from the media.

The promotional images show what kind of concept they will be sporting for their debut and many netizens are looking forward to their overall visual look and musical style as their debut nears.

Representatives for JYP Entertainment expressed their expectations regarding the forthcoming debut. “We hope that [JJ Project] will be able to show audiences their talent through their performances and music. We hope that you will wait in anticipation for their debut!”

JB
JJ Project
How does this article make you feel?