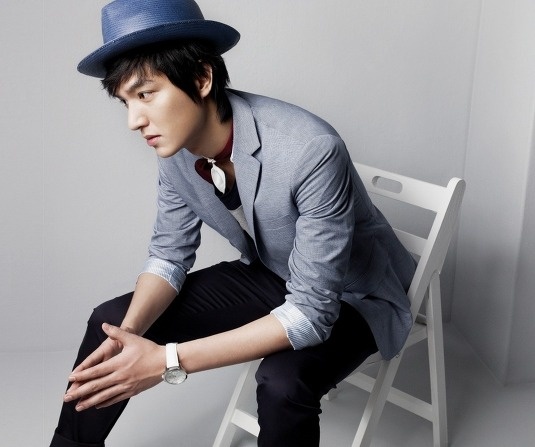 Lee Min Ho has become the latest Hallyu sensation in Japan. Previously, one of the biggest privately owned broadcasting company Fuji TV aired “City Hunter” with a new title, “City Hunter in Seoul” in February and garnered much attention. As a result, “City Hunter” will start airing again every Tuesday at 7pm on Fuji TV’s cable channel, BS Fuji.

“City Hunter in Seoul” has been almost continuously airing on several local channels since March, proving Lee Min Ho’s grown popularity among Japanese viewers. Fuji TV started a huge promotion, getting ready for “City Hunter” on BS Fuji. They have prepared a wrapping-bus (bus wrapped in advertisements) to route every major streets of Tokyo. Moreover, they have been showing promotional videos of Lee Min Ho on a large video billboard in Shibuya.

As a result of such “Lee Min Ho Fever,” many Japanese TV shows and magazines are eager to have an interview or special coverage on Lee Min Ho. However, all his international promotions has been stalled as Lee Min Ho is solely focusing on filming upcoming drama “Faith.”

A representative from Lee Min Ho’s agency said, “‘City Hunter’ has been nonstop airing on several Japanese TV channels at both national and local level. Due to ‘City Hunter’s big success, we have been getting many inquiries and requests from Japan. However, Lee Min Ho is preparing to start filming ‘Faith’ this month, focusing on learning the script, horseback riding, and action scenes.”

City Hunter
Faith
Lee Min Ho
How does this article make you feel?