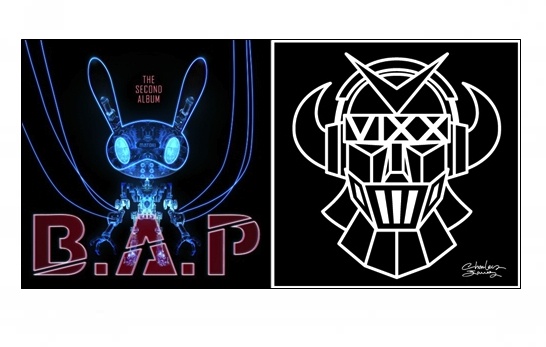 Battle of the Mascots: B.A.P’s Matto vs. VIXX’s Robot

New idol group VIXX is likely to go head to head with B.A.P in the battle of the mascots. On May 16, VIXX revealed a teaser video of their debut album “Super Hero.” In this teaser video, a robot face is used as a symbol for VIXX. As a result, they instantly started to be compared with B.A.P, as B.A.P uses a masked rabbit (aka matto) wearing a mask as their mascot.

B.A.P’s matto symbolizes the members, who come from a castle where rabbits live. B.A.P’s fans adore this symbol. The boys of B.A.P. have previousy stated that there was a secret meaning behind matto on Soompi’s exclusive interview. Check it out here!

VIXX’s agency Jelly Fish Entertainment avoided any questions regarding their robot mascot and its resemblance to B.A.P’s Matto. They only commented, “We do not even have a name for the robot, yet.”

VIXX will debut on May 25. The members, Leo, Ken, Ravi, N, Hong Bin, and Hyuk were previously introduced on Mnet reality program “Mydol.” They are garnering much attention from the public even before their debut, as VIXX is the first idol group produced by Jelly Fish Entertainment, known as the home of famous vocalists like Sung Si Kyung, Park Hyo Shin, Brian, and Seo In Gook.