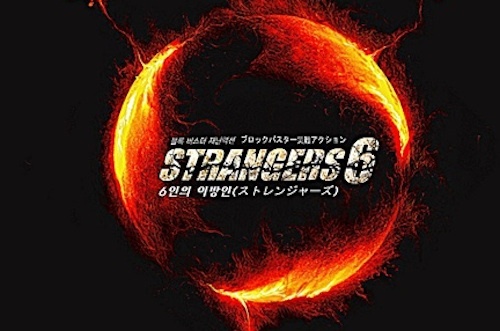 Korean-Chinese-Japanese collaborative drama “Stranger 6” is coming to Channel A on May 30. CEO Oh Min Ho of Stage Factory, the production company behind the series, stated, “‘Stranger 6’ have been garnering much attention from drama fans domestically and internationally since last year. Finally, ‘Stranger 6’ coming to the homes of viewers with movie-like quality, after a long period of hard work of all staffs.”

“Stranger 6” is of blockbuster spy action genre, portraying lives of special agents in the near future at a secret joint-operation organization “Korea-China-Japan Economic Community” trying to prevent a gigantic earthquake predicted to occur in the next three months and fighting against a mysterious individual who tries to interfere with the operation and assassinate the agents. The drama is produced as a seasonal show and was previously aired on Japan’s Fuji TV and WOWOW TV.

Check out the trailer of “Stranger 6” below!