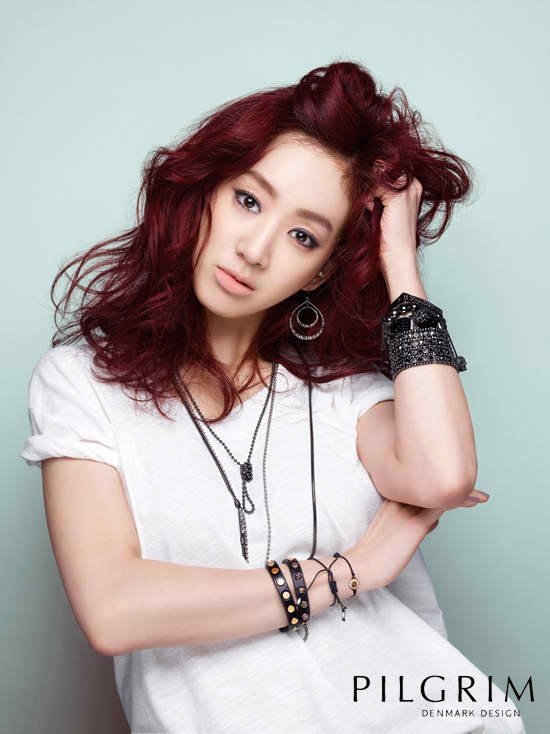 Actress Jung Ryeo Won rubbed elbows with Danish royalty. According to reports from local news agencies, the actress was invited to meet and have dinner with Denmark’s Crown Prince Frederik and Crown Princess Mary at the Shilla Hotel in Seoul on May 14.

Denmark’s royalty arrived in Korea on May 10 to attend the 2012 World Fair Expo Yeosu. Korea’s government officials and business representatives then hosted a dinner in their honor, to which Jung Ryeo Won was invited.

Jung Ryeo Won was invited on account of her being the model of Danish jewelry brand PILGRIM. The actress attended the event in a blue, one-shouldered dress that contrasted with her red hair. Her elegant look was completed with a sparkling gold clutch.

“I am honored to be modeling for Denmark’s PILGRIM,” Jung Ryeo Won said. “There are a lot of people hoping to meet the Danish royals and I am honored to be in this position to meet the Crown Prince. In the future, I will try to showcase Danish culture and its good quality products in Korea.”

Reports also say that Jung Ryeo Won’s fluency in English made it easy for the actress and the special guests to communicate.

Jung Ryeo Won
How does this article make you feel?