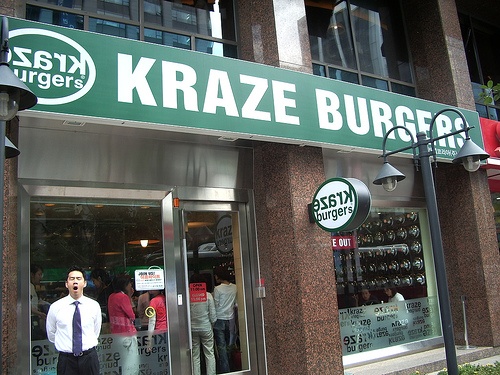 SM Entertainment’s joint venture SM-Kraze, Inc. is set to expand overseas. According to reports in local news agencies, SM-Kraze intends to start operating a hamburger shop in Japan in September 2012.

Media speculate on the possible serving of “Girls’ Generation Burger,” “Super Junior Burger” and “SHINee Burger.” However, reports also say the burger patties will be developed especially for Japan, to appeal to the particular taste of its diners.

The first shop in Japan will be directly operated by the parent company and expansion plans look towards a second restaurant opening under a master franchise. The first store in Japan is said to be located in Omotesando.

Before this development, SM Entertainment has entered into a joint venture with Seoul-based Kraze Burger to establish SM-Kraze, Inc. As earlier reported, the venture’s first offering is a concept pub in Seoul’s Cheongdamdong District, with Michelin three-star chef Darren Bonhayi directly involved in developing the menu. The store is set to open within the first half of 2012.

SM Entertainment
kraze burger
How does this article make you feel?