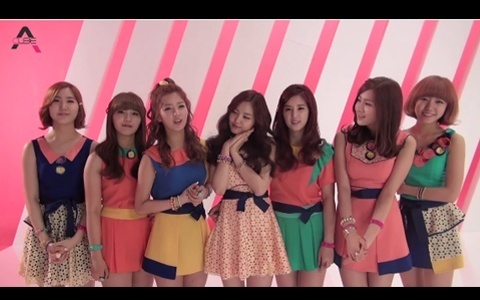 Cute girl group A Pink has released their behind the scenes video for their new music video “Hush.”

The video starts with a short greeting from the group followed by various scenes of their preparations and shooting of their music video.

Earlier this week, the group’s dance practice and tutorial videos were released online. They first released their full music video for “Hush” on May 8 along with their first full album “UNE ANNEE.” They will begin their second week of live promotions for the song today.