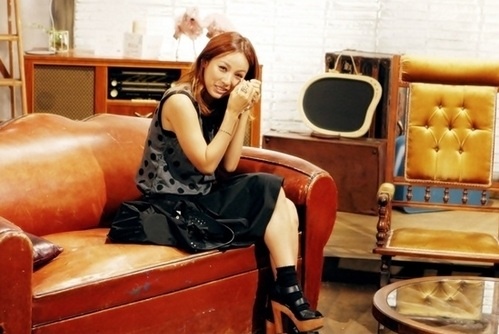 Lee Hyori cried tears because she was so moved by the special birthday that the “Golden 12” members threw for her. On the episode of OnStyle’s “Golden 12” that will broadcast today on May 17, the members on the show threw a surprise birthday party for Lee Hyori. Her actual birthday was on May 10.

The production team of “Golden 12” found celebrities that were close to Lee Hyori and created a video clip where they were wishing her a happy birthday. Among the people in the clip were Kim Jae Dong, Park Si Yeon, Ock Joo Hyun, and Leessang.

When the video clip was shown, Lee Hyori began to shed tears because she was so moved. Also during the surprise birthday party, the members of “Golden 12” danced while wearing the costumes that Lee Hyori had worn for her performances.

Lee Hyori
Golden 12
How does this article make you feel?