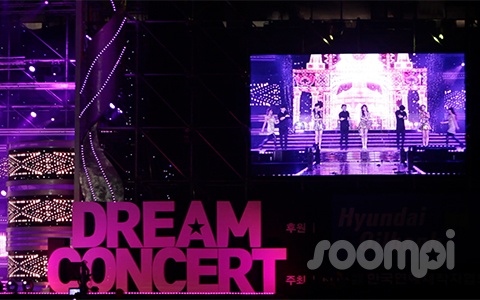 Hey Soompiers! On May 12, Soompi attended the “2012 Dream Concert” at the World Cup Stadium in Seoul. The annual “Dream Concert” is one of K-Pop’s biggest and grandest concerts, and this year’s marks the event’s 18th year running. Over 40,000 fans flocked to the venue to watch their favorite stars in person, myself included! ^ ^

KBS will air the concert on May 30 at 11PM KST.
In the meantime, watch Soompi’s highlights from the big event!

Don’t forget to click CC for French and Spanish subs!