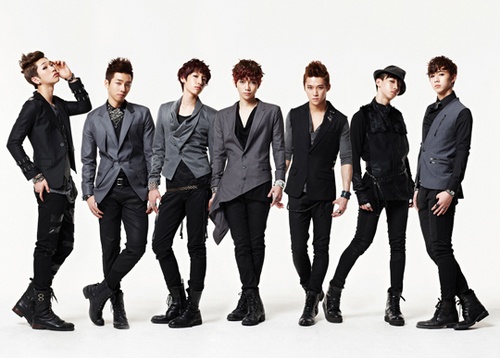 DSP Media’s new group A-Jax swept through Korean music charts with their single “Never Let Go.” On many of them they reached the top 10. “Never Let Go” was released before their debut on May 15. Within a day it reached #8 on online and real-time music charts on May 16.

The song “Never Let Go” was produced by Steven Lee. Steven Lee worked on other songs such as SS501’s “Love Like This,” and “Love Ya.”

Kara’s Goo Hara helped promote A-Jax by appearing in a teaser that plays “Never Let Go” in the background. Goo Hara also appears in the official music video. A-Jax is planning to debut at the end of May. It has been 5 years since DSP Media has produced an idol boy group.

A-JAX
How does this article make you feel?