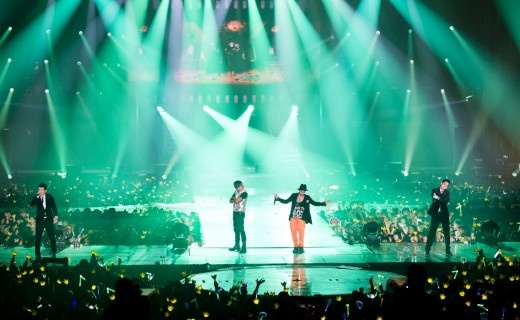 Big Bang to Hold Dome Concert for the First Time

Big Bang will hold the group’s first-ever dome concert in Japan later this year. YG Entertainment revealed on May 17 that Big Bang’s first dome concert, “Big Bang Alive Tour 2012 in Japan Special Final in Dome,” will be held on November 23 at Osaka’s Kyocera Dome and on December 5 at the Tokyo Dome.

“While promoting in Japan, we all wanted to hold a concert at a dome one day. Finally, our wish has come true,” Big Bang said in a statement.

YGE decided to add these two dome concerts after all 13 of Big Bang’s Japanese concerts sold out within minutes. Big Bang originally planned to have 10 concerts in five different cities, including Nagoya, Yokohama, Osaka, Saitama, and Fukuoka. But after seeing more than a million ticket requests to these concerts, Big Bang later added three more concerts, which again sold out shortly after.

“With these dome concerts, Big Bang is expected to draw more than 255,000 Japanese fans during its World Tour concert. We’re projecting to see over 605,000 fans during the world tour,” YG Entertainment said.