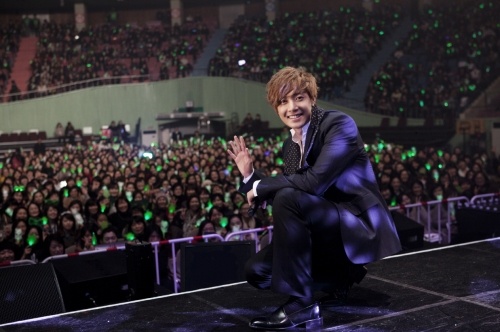 The DVD titled “First Impact” was released on May 16. Shortly after its release, the DVD topped both the Oricon DVD daily chart and music DVD charts. “First Impact” is comprised of a behind-the-scenes tour making CD, live concert CD from his Yokohama Arena Concert in February, and a special bonus CD for the fans. In particular, it shows never-before-seen footage from the concert rehearsals and performances, as well as his waiting room.

Meanwhile, Kim Hyun Joong is currently on a “Fan Meeting Tour 2012.” He finished his fan meetings in Singapore and Hong Kong so far, and will head to Taiwan for fan meets on May 18 and 19.