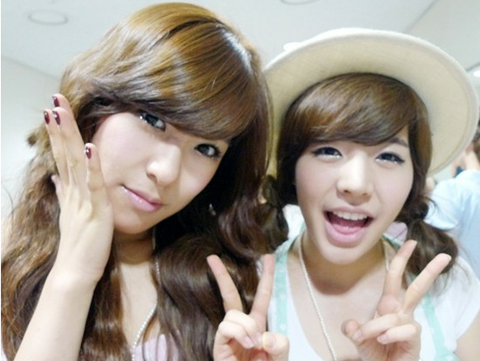 Girls’ Generation Jessica Names Sunny and Tiffany as the Members Who…

Girls’ Generation’s Jessica guested on yesterday’s episode of tvN’s “Taxi,” marking her first solo variety show appearance since her debut. Dressed in a beautiful hot pink blouse, she broke her ice princess image and replaced it with a cute, bubbly girl. During the episode, Jessica revealed her thoughts about her fellow Girls’ Generation members. She named Sunny as the member who she thinks will get married first among the girls and Tiffany as the last member to do so.

Jessica explained, “The girls and I often chatter about how and when we want to get married, not to mention to what kind of person. I think Sunny will end up marrying a prince from another country. I can see her living life, walking her 10 poodles.” Regarding Tiffany, Jessica stated, “Tiffany doesn’t really care about marriage. She really likes working.” She continued, “I think I also fit into the group that will end up getting married early. I like someone who is gentle, smart, and kind. Someone who looks after me.”

Jessica also shared stories of the girls behind the camera. She stated, “We too fight. Sometimes, we fight about the smallest and insignificant things. But, we easily make up.”

Girls' Generation
Jessica
Sunny
Taxi
Tiffany
How does this article make you feel?