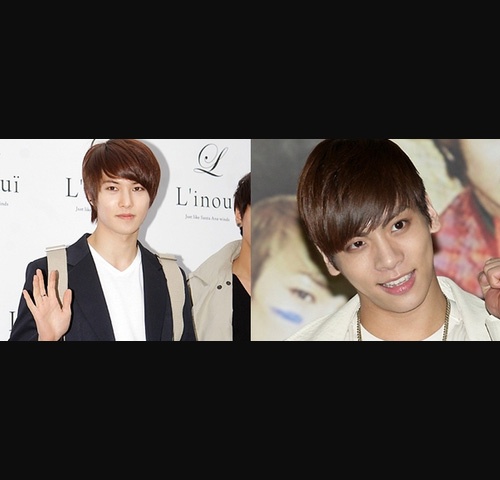 On May 17, SHINee’s Jonghyun revealed a photo of the Diablo 3 gift for CNBlue’s Lee Jong Hyun on his twitter. He explained his picture, “So, here are the supplies we need today!! The wrapping paper is a my poster..On top of the poster..On top of it…place glutinous-rice cake blah blah. Wrap like this. Draw like this and Lee Jong Hyun’s gift is complete!!!” He also uploaded several photos to further explain the steps in creating a Diablo 3.

Jonghyun’s real gift, instead of an actual Diablo 3, was revealed. He even showed his artistic skills by drawing the Diablo 3 logo on the white paper himself.

Soon after, SHINee’s Jonghyun tweeted, “I just gave it to him and this is what happened.” In the photo, the Diablo 3 that he made himself was all torn up. It seems like CNBlue’s Lee Jong Hyun ripped it up.

Right afterwards he wrote, “I bought the game online and gave it to him. All Boice fans, its still early for you to feel at ease.”

Lastly, SHINee’s Jonghyun revealed that he succeeded in tricking CNBlue’s Lee Jong Hyun by writing, “Earlier, even a phone call came. About the voice of Lee Jong Hyun, who is anticipating the gift..!! Oh my!! Pitiful!! You are a great catch.”

Netizens commented, “I enjoyed seeing SHINee’s Jonghyun make Diablo 3,” “Ah..why are these two so cute? Anyways, now that he really did give it, is it time for a break for CNBlue?” and “He received a gift of forced retirement.”

SHINee
Jonghyun
Lee Jong Hyun
Diablo 3
How does this article make you feel?