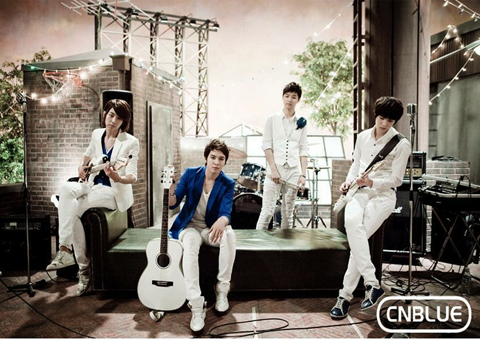 CNBlue revealed their great teamwork during a recent interview with lifestyle magazine “At Style.” The members boasted, “We’re probably the no. 1 team where all the members have a great relationship with each other out of all the existing idol groups.” They continued, “We’ve been with each other for four years, but we have never fought.”

According to the boys, each member has his own room in the dorm. However, they all crowd in Lee Jung Shin’s room to chat after they finish their work. Even when they shared each other’s weaknesses, they proved their strong friendship as they jokingly discussed it. Kang Min Hyuk stated, “Jung Yong Hwa talks too much, even when his throat hearts,” revealing the fact that Jung Yong Hwa was a chatterbox. Jung Yong Hwa amusingly responded, “Are you saying that I’m noisy?!”

Unfortunately, Lee Jong Hyun had to leave the interview earlier than others to film his upcoming drama “A Gentleman’s Dignity,” starring Jang Dong Gun and Kim Ha Neul. In his absence, the remaining CNBlue members spilled more secrets and gossips about Lee Jong Hyun.

CNBlue is featured in the June issue of “At Style,” which will go on sale May 21.

Lee Jong Shin
How does this article make you feel?