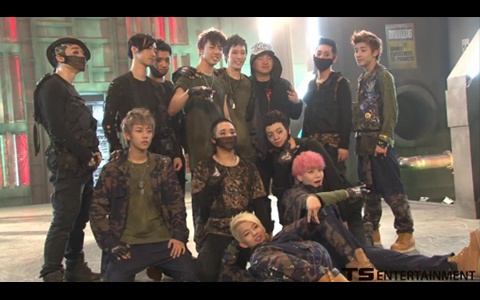 B.A.P released another behind the scenes video of their music video for “Power” today on their official YouTube channel. Titled “Take #2,” it continues with their filming of indoor scenes.

They released their “Take #1” behind the scenes video last week. Before that, they released “POWER M/V Making Film (in Songdo).”

B.A.P released their music video for “Power” on April 26 and are now entering their fourth week of promotions for the song.