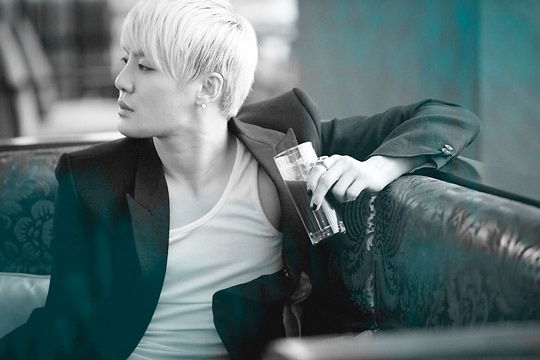 JYJ’s Junsu completed his first solo concert over the weekend, attracting more than 15,000 fans to his two-day show. The concert, titled “XIA 1st Asia Tour in Seoul,” was held on May 19 and 20 at the Jamshil Gymnastics Stadium in Seoul.

During the 90-minute concert, Junsu performed to more than 17 tracks, including all 11 songs from his new solo album. He also gave a live performance of “You Are So Beautiful” from the OST album of “Scent of a Woman,” as well as songs from his musicals such as “Mozart” and “Elizabeth.”

“This is Xia, and it’s the first time in eight years to introduce myself as a solo singer…I know it’s difficult to run album promotions without any TV appearances, so I had a lot of concerns about releasing an album. But even with all the obstacles, I’m happy to be able to meet all of my fans. I’m truly thankful to all the fans,” Junsu said during the concert.

Meanwhile, following the Seoul concerts, Junsu will embark on his seven-city Asian Tour, covering Bangkok, Jakarta, Taiwan, and Shanghai. Check out the photos from his concert below!