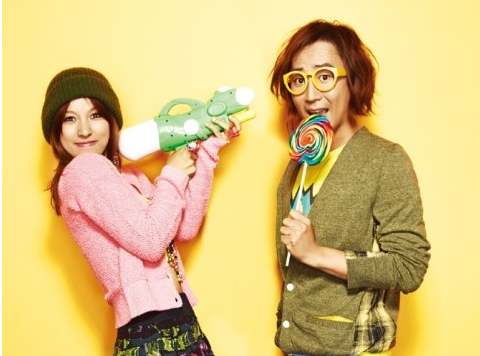 On last night’s episode of SBS “You & I,” host Lee Hyori amazed her co-host and viewers with her killer heels. Her co-emcee Jung Jae Hyung revealed, “No matter how many heel inserts I added, I just can’t compete,” sharing his ongoing frustration regarding Hyori’s heels.

During the episode, he brought out a ruler to personally measure Hyori’s heels. Jung Jae Hyung, and everyone else, was stunned to see that her killer shoes measured up to 20 cm (7.87 in). When he began grumbling that her heel was as high as a step in a stairway, Hyori humorously responded, “What are you talking about? What about guys who go around measuring girls’ heels…Not cool.”

Meanwhile, the guest lineup for this past weekend’s episode of “You & I” included Bobby Kim, Gummy, Yiruma, MC Sniper, and others.

Jung Jae Hyung
Lee Hyori
How does this article make you feel?