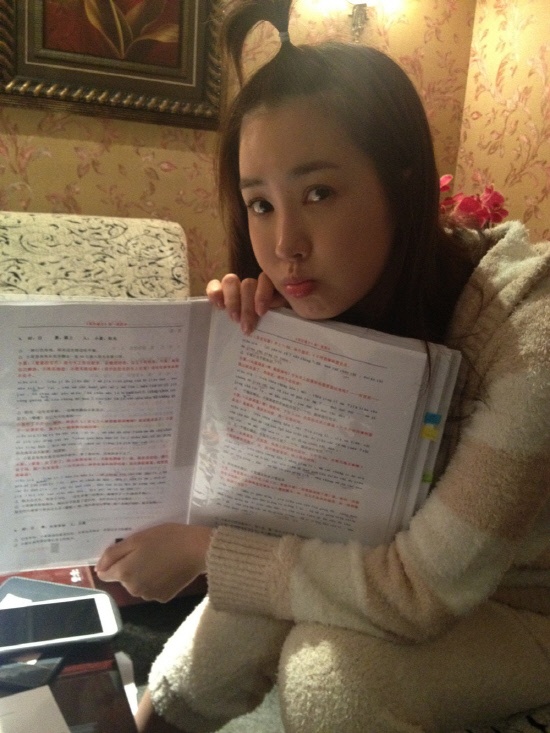 Actress Lee Da Hae has been garnering much attention as the first Korean actress to speak Chinese in a Chinese drama. A video clip of Lee Da Hae starring in the Chinese drama, “Love Recipe,” has made its way on to youtube. After watching the clip, many netizens have been praising Lee Da Hae for her fluency in Chinese.

Many Korean actresses have made a successful debut in various Chinese drams but Lee Da Hae is the first to speak in Chinese. Other actresses speak in Korean while acting and are dubbed later with another voice.

In order to present more natural and perfected acting skills, Lee Da Hae has been memorizing all the lines and exerting great effort to learn the language. A representative from Lee Da Hae’s agency has stated, “Lee Da Hae has been learning the Chinese language and preparing for her Chinese debut for seven years. That is why she is able to not only read the script but also converse with the director and production staff in Chinese.” In addition, “When foreign celebrities utter just a few words in Korean, the fans in Korea respond very positively. Similarly, Lee Da Hae has been receiving great responses from fans in China for her diligent study of Chinese language.”

Lee Da Hae has been filing the drama, “Love Recipe” since March of this year. Lee Da Hae will be playing the leading female role along side of highly popular male actor, Joe Cheng. “Love Recipe” is scheduled to air throughout China in August.

Check out Lee Dae’s fluent Chinese in the video below!

Lee Da Hae
How does this article make you feel?