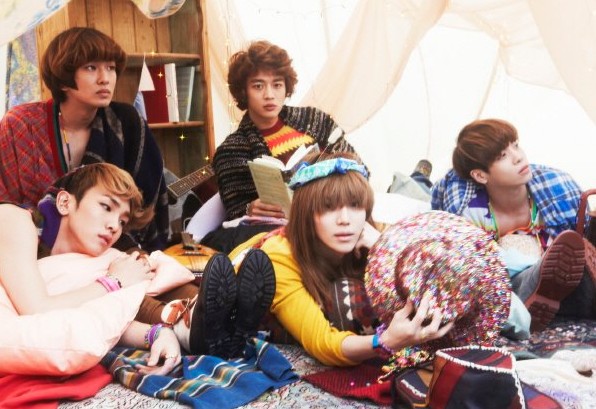 SM Entertainment’s singers started “SM Town Live World Tour III” in Los Angeles on May 20. After seeing SHINee’s performance, people are indicating that the stage was too dangerous.

On May 21, a video almost six minutes long of SHINee’s performance was uploaded onto Youtube. In the video, around 26 seconds, the middle part of the flat stage starts to rise up. On top of the high stage that is about two to three meters off the floor, the five members are dancing powerfully. The problem is that the space of that stage is very small.

Most of the netizens who saw the video said, “It looks very dangerous.” One netizen wrote, “It seems like that SM is truly crazy for making them perform on a stage made like that. Surely, they did’t make other groups with more members like Super Junior, Girls’ Generation, and EXO, perform up there too, or did they?? Or was it only SHINee?? I can’t believe it! What kind of situation is this.” Another netizen said, “I can’t understand why they made it so small like that. While watching the video, I was so nervous the whole time..What if, while dancing, they bump into each other by accident…I am worried that the small stage will be used in the future at every SM concerts.”

Watch the video below. Do you think the stage is too dangerous?