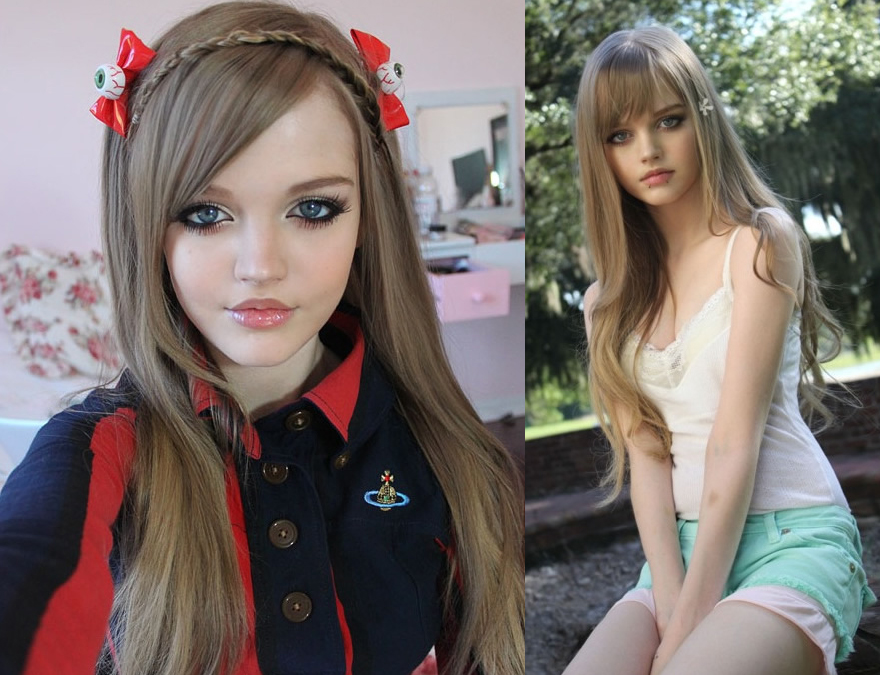 While no one comes close to resembling Barbie like the 16-year-old Kotakoti, there are several Korean celebrities who have been admired for their doll-like appearances. Whether it was because of their makeup, clothes, expressions, and/or poses, these celebrities came pretty close to looking like Barbie – or at least her Asian equivalent.

Actress Han Chae Young, affectionately nicknamed Korea’ Barbie, by her Korean fans, is well known and loved for her flawless figure and striking face. Even without photoshop, her ideally proportioned body, with her long limbs and tall stature, is as close to perfection as possible. As such, she has the ability to make paparazzi shots appear like stunning pictorials.

Many people probably did a double take when they saw this photo of Ken Taecyeon from 2PM. It wasn’t the Barbie box that made him look like a doll, but the combination of his facial expression, face structure, built body, and the hair. The gorgeous spread left many girls swooning and wanting their own Taecyeon doll.

For the Junuary 2012 issue of “Elle,” After School’s UEE transformed into a life-size Barbie, surprising fans with her doll-like appearance. Back in December, she and actor Song Joong Ki were also honored with the “2011 Barbie and Ken Award,” which is presented to the year’s fashion icon, people who were not only an inspiration in the fashion industry but also left positive influences on their culture.

Sure, the blonde hair certainly added to the Barbie-like illusion, but Girls’ Generation’s Sooyoung would have looked equally gorgeous without the detail. Her small, rosy face, delicate features, combined with her slender figure makes her look the role.

Check out some more celebrities who can pass for a doll below and comment below! Who’s your favorite “K-Barbie?”