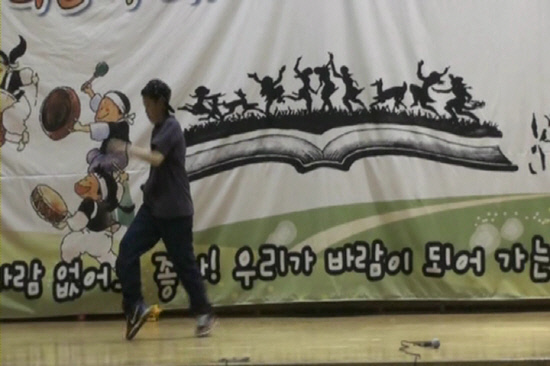 Music
by xxxKrissKrossxxx
B.A.P’s pre-debut Zelo is capturing a lot of attention.

Recently, an online community released a video of the young B.A.P rapping prodigy, “BAP Zelo Era of Dance.” The video made public revealed a rather chubby little boy, about 5’ 2” (160 cm), showing off his impressive dance skills. Zelo is currently known for his talent and image of a slim, fit body. He now stands closer to 6 feet (182 cm) tall.

A representative for TS Entertainment explained, “The images are indeed of Zelo. This was during his first year of middle school when he was 12-years-old. The school held its annual festival and Zelo was suddenly asked to perform by his teachers and friends. He complied and went up on stage giving an impromptu performance.”

Zelo went on stage and executed a complete free-style pop-n-lock dance routine. When he was in fifth grade he endured daily four hour trips from Mokpo to Gwangju. During this time he learned to dance, b-boy, and rap– all of which he learned and displayed without regret.

Netizens responded saying, “Million dollar dancer, you are just so cute and plump,” “Is there anything you can’t do,” and “You look like a robot.”

Pre-Debut
Zelo
video
bap
How does this article make you feel?